skip to main | skip to sidebar

Nice to meet You! I'm the NEW New World Order...

And, yes, I came to avoid the suicide of the West. 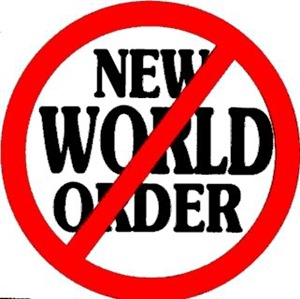 bout six years ago, there was a break in the group of world magnates, owners of the largest business corporations of all business lines, who wanted to realize the project of the New World Order (group that eventually took the name of that project itself: NWO). Project of world domination, which would form a global village divided into continental blocks, under a world government to the communo-fascist molds. Of course, power would remain in the hands of these magnates and each bloc (European Union, Union of Socialist Republics of Latin America, etc.) would play a specific role, economically, politically and socially, according to the determinations of that power group.

Below, an approximate picture of what would become such blocks.

The greatest and most important barrier encountered for the implementation of such a project was the Judaic Christian social and moral values, pillars of Western society, because these values ​​and customs cherish the individual, his freedom (free will) and his 'likeness' to God creator. All Western civilization and its development, which has always gone to seek to enhance the most harmonious and just relations possible among human beings, were based on these values. To destroy them, and therefore such a civilization, the NOM project gradually linked the magnates to the Muslim jihadists and communists, who were also enemies of the West and its culture. The greatest "orange" of all time, Mr. George Soros, was the agent behind the Saudis, the Chinese and Russian governmental mafias, and of course some of the greatest tycoons on the planet.

Social reengineering (gayism, feminism, gender ideology, abortion, etc.) and global lies such as global warming were the main strategies used to make the project successful. Bringing to the governments of the countries representatives of the caliphate and socialism was essential for those strategies to be successfully implemented. But they always knew that the day would come when communists and jihadists would fight among themselves and against the tycoons themselves for power over the great world empire. It came sooner than they thought, and with an aggravation - the tycoons did not yet have the power they should have over the West. The Communists, led by Putin, and the masters of the caliphate, through their main armed wing - the Muslim Brotherhood + Islamic State - got out of control. They grew in territory and in power, including warlike (financed by the magnates themselves).

The broad rise of the left throughout Latin America, through the communist project of the Forum of Sao Paulo; The false Russian Perestroika (who supposedly would have established a democratic electoral regime in that land); The also pseudo economic opening of China (though clearly under the regime of a single and powerful political party); The Arab Spring and the expansion of the Islamic State; The consolidation of the European Union and the creation of the Euro; Among many other events of great worldwide impact - all work and grace of NOM.

Then, the split happened inside the NOM. Part of the group decided to insist on the suicide project. Soros and very powerful people of the American Democratic party, like Obama and the Clintons, for example, are part of this group. Another part of the NOM chose to abort the project in the line that followed and to found another, following another strategy. The New New World Order (NNWO) was born, which was responsible for the resurgence of the right and the conservatism in the world.

The enormous growth of conservatism in the virtual media of communication (yes, the conservatives and the right dominate the virtual world to a great extent), the appearance of countless conservative popular movements around the world, the growing conquests of spaces in universities, politics, And in so many other sectors now the exclusivity of the left - all this is a worldwide phenomenon and is a direct consequence of the emergence of this NNOM. Donald J Trump in the USA and Jair Messias Bolsonaro in Brazil are just two of the examples of the next generation of politicians. The departure of the United Kingdom from the European Union and Unesco's latest denunciation of the dictatorial situation in Venezuela are also other symptoms of this coming transformation.

The end of the chaining and lucrative traps (for the tycoons of the former NOM) of the lying theory of global warming brought on by men; The total withdrawal from the imprisoning politically correct discourse; The dismantling of lies about historical debts of races with other races; The unmasking of communist and caliphate plans to rule the world and destroy the West - all of this will become evident with more and more strength, revealing the truth to a world full of deceived people.

But why did this 'streak' happen within the old NOM? Why are dissidents good people who have put their hands on consciences? Do not.

There were two basic reasons for this break to occur. The first one concerns time. The time it took and it would take longer to complete the entire social reengineering project.

The second was the obvious threat to the dismantling of all infrastructure and technological development achieved so far, almost exclusively built by the West. It has always been in the interest of the NOM to destroy people, families, and annihilate values ​​that constituted the fundamental foundations of Western civilization, but never, at any time, was it ever considered or was it intended to destroy the foundations of infrastructure and scientific and technological development Incredible and uniquely achieved by this civilization. What would be worth dominating a world destroyed and hostile to human survival, especially without access to the luxury and comfort provided by the development already achieved?

From the moment that all this established structure was seen under the more than foreseeable threat of future destruction, through the advance of terrorism and the growing threat of nuclear / biological / electromagnetic war by Communist countries, Of the group that started the NOM project. Part of the group decided to insist on the suicide project. Soros and very powerful people of the American Democratic party, like Obama and the Clintons, for example, are part of this group. Another part of the NOM chose to abort the project in the line in which it was following and to found another one, following another strategy. The New World Order (NNOM) emerged, which was responsible for the resurgence of the right and the conservatism in the world.

The Communists began to threaten the West with a major war from the moment they imagined to have dominion over the largest Rear Zone of the planet - South America, especially with the countries that are 'here' of the Andean wall . With almost the whole continent ruled by members of the Latin American communist arm, the Forum of Sao Paulo, founded in the 1990s by Lula and Fidel Castro, Russia, in particular, felt that it could accelerate its plans for US destruction and From part of Europe (already invaded by the Muslim partners of the Caliphate). And all this with full government support ideologically faithful to the Obama / Hillary Clinton Communist NOM project. Or were you unaware of NOM / Russia plans to dominate the US from within and through the weaknesses of the democratic system? (Https://www.youtube.com/watch?v=iK4kZSU-5Cg).


It turns out that this domain was not real, besides being fragile. Result of the precipitation of communist clutches on the Latin American continent? Paraguay has freed itself from a communist government, and from here on it has been developing fearfully; Argentina sent Kirshner to pass; Brazil took the PT out of power, despite not getting rid of the populist and Fabian threat; The people of Colombia rejected the peace and amnesty agreement with FARC commando-guerrilla fighters; And Venezuela has returned to the streets ... And much more comes around.

Things are still confusing for us to understand to which side the world, the US and Brazil will go. And so it is for the simple fact that we are living in the midst of a fierce war, in these places particularly, for the occupation of spaces. They are daily battles; Strategic moves from all sides involved in this war. Now one side wins one battle, then the other. But the fact is that the war is won, up front. And the Communists know that they will not be the victors.

Note: when Putin boasts that he is fighting against the New World Order, it refers to the New NOM. When Donald Trump declares war on NOM, it refers in turn to that old NOM.

Anyway, for the sake of Western survival as we know it today, this component comes into play in the power struggle. It is the New New World Order, also formed by large corporations, but which, for at least the next 30 years, will be allied with men who want to live free, in peace and in improved democratic regimes. It is still too early to define precisely who the men, corporations, and institutions are behind this new component. I distrust some, others I am sure, but it is still early and imprudent to name them nominally.

It will depend on the future rulers of Brazil to place the country on the level of conscious partner of its extreme importance as Rear Zone. A country that will need to behave as a fundamental and indispensable partner of Western forces - no longer as a mere supporting victim of rulers who behave like servants, enriching themselves and their friends, throwing our country and our people into the eternal 'developing'. 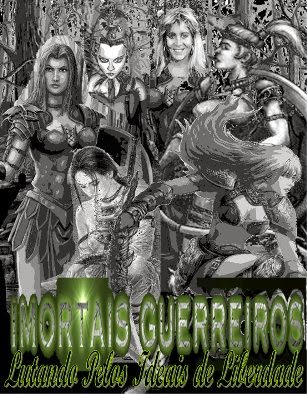